Over 250 players suited up for the Bulldogs during the 2010s. Here are the best of the best, as picked by Joe Mays. The only rule followed was that a player could not appear on a team more than once. If someone was picked on 1st Team Offense they could not also be 1st Team Defense. However, they could make 2nd Team or Honorable Mention for that unit.

There are 12 players on Offense & Defense. An athlete/all-purpose back was added on offense, and a special wildcard position (Star/Hero) for outstanding defensive players was added to that side of the ball. Outside of the kickers, punters, and returners on special teams, an extra player was also picked out for their contributions in that third phase of the game. Each team has 29 different players, however some individuals may appear on the 1st, 2nd, and/or Honorable Mention squads. 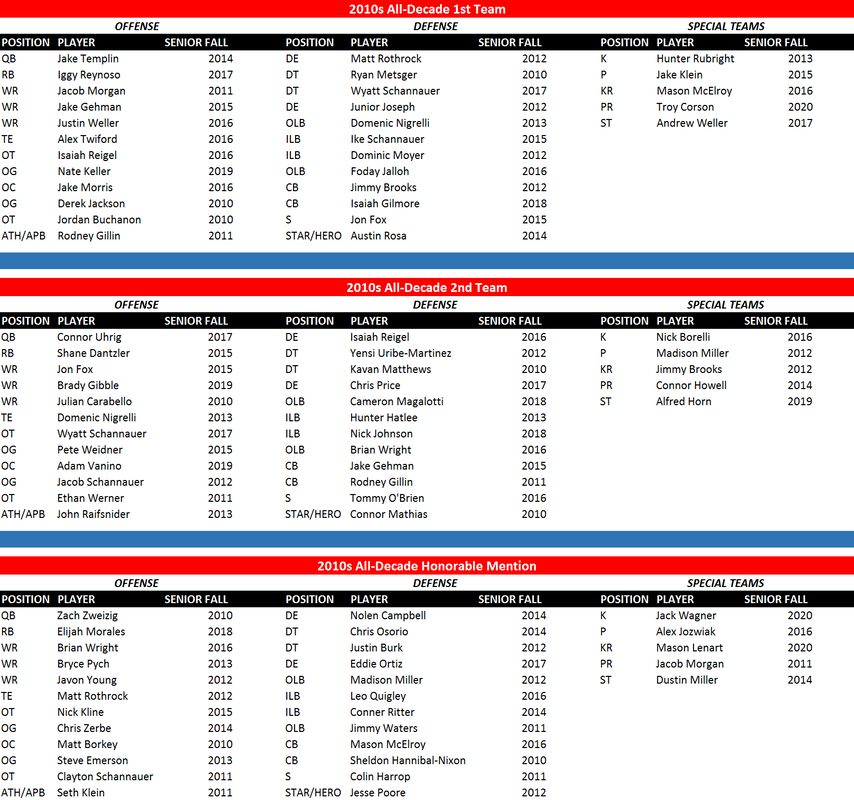