Ten teams took to football fields in Berks County and beyond during this past decade, playing in 131 games with 110 victories. Those Bulldogs squads were also responsible for eight Lancaster-Lebanon League Section 1 championships, three undefeated regular seasons, and three District 3 titles. Numerically speaking the 2010s were the most successful in Wilson Football history. The program won essentially 84% of their games and this 10-year run will be a tough act to top as we kickoff the 2020s.

As there are only 10 teams to rank, I am limiting the scope to just a Top 3. Individual stats from each season are below with a closer look at teams ranked #1 - #3 a bit further down.

There a variety of merits and metrics you can use to compare teams but in the end it's all subjective; your top three may differ from mine and that's OK! In the end, as football is the ultimate team sport and you can only play the schedule laid out in front of you, I favored final results over raw potential. There's no way to know how these teams would have fared against one another, head-to-head. But we can see what each accomplished in their 12-15 games on the gridiron during their respective seasons. What accolades did they earn? How did their units stack up against the rest of the decade? In order to be deemed a top team of the decade, I was looking for 3 things: a win over Mifflin, a League championship, and a District championship. Conveniently that narrowed down the pool of teams from 10 to 3. And, to me, one of those three stood out above the rest, by the slimmest of margins...
​

A comparison of every team from the last decade in chronological order. 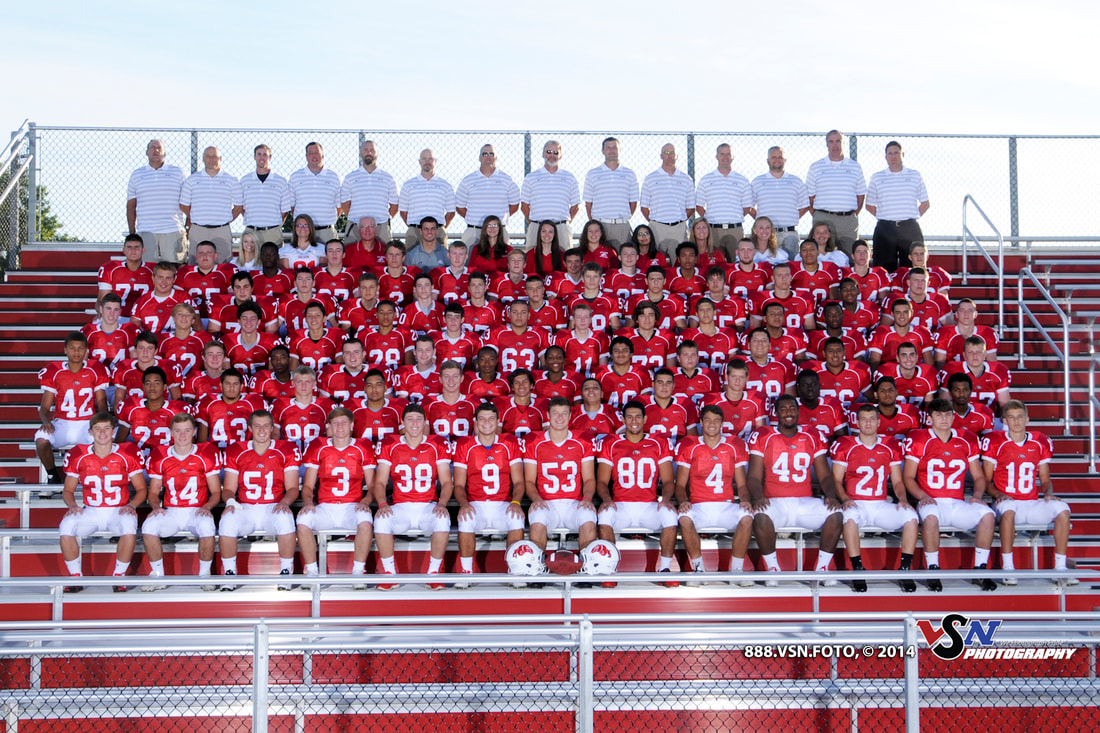 2014 team photo courtesy VSN Photography.
This may come as a surprise to many, especially those that don't know me all that well. When starting this list in November with a rough idea of each feature and who or what would be included, most often I'd see people comment or have people tell me that the 2012 team was the best Wilson team in the 2010s. And for good reasons, which I'll get to later. But - to me - 2014 was the most magnificent year Wilson had from 2010-2019. No, the offense wasn't tops. In fact, it places 9th out of the 10 teams. It's defense was a bit above average for the decade (4th out of 10, allowing 11.6 points per game). So why are they #1? Because they are literally #1 where it matters - wins. They're the only team to go undefeated during the regular season (10-0) and win both League and District championships while looking very competitive against District 7 competition in the 4A Western Final. Remember, this team was one quarter away from making the trip to the State Championship for what would have been just the second time in program history.

They were led at QB by senior Jake Templin, who subbed for a mono-plagued Matt Timochenko for a couple games in 2013. Templin, who was picked as my Decade's 1st Team QB, broke Chad Henne's single-season passing TD record in 2014 as he threw for 1,768 yards and 30 TDs (and he rushed for 369 yards and 6 TDs too). He was handing off to junior Shane Dantzler, who rushed for 1,659 yards (7th most in program history) and scored 18 totals TDs that year. Templin was primarily throwing to junior WRs Jake Gehman (34 catches for 524 yards & 9 TDs) and Jon Fox (22 catches for 347 yards & 8 TDs). The offensive line featured seniors Kyle Mawhinney, Jordan Copeland, and Chris Zerbe as well as juniors Pete Weidner and Ike Schannauer.

Defensively the team was fierce. The unit was one of six this decade to allow fewer than 12 points per game. They were led by senior DE Austin Rosa, who chipped in 10.5 sacks in 2014 to set a new career record at Wilson. His bookend was senior Nolen Campbell and in between them were a DT rotation featuring senior Chris Osorio, junior Mack Saloka, and freshman Wyatt Schannauer. The four linebackers were stellar all season, led by junior Ike Schannauer and senior Conner Ritter inside and junior Chris Zerbe and sophomore Foday Jalloh outside. Jake Gehman, Connor Howell, Adam Close, and Zac Button took the majority of snaps at CB while junior Jon Fox manned the safety spot.

The best features of this team was their attitude, demeanor, and spirit. Perhaps individually speaking, maybe, the seniors weren't as athletically superior as classes that came before (or after) them but they were undoubtedly the best mentally, especially when it comes to a tenacity that cannot be coached. The 2014 team was in every game, and come out on top for nearly every game, because they wanted it; they never went down without a fight nor did they give up. They showed that in 2013 and took it to another level in 2014. And that is why they are the Team of the Decade. 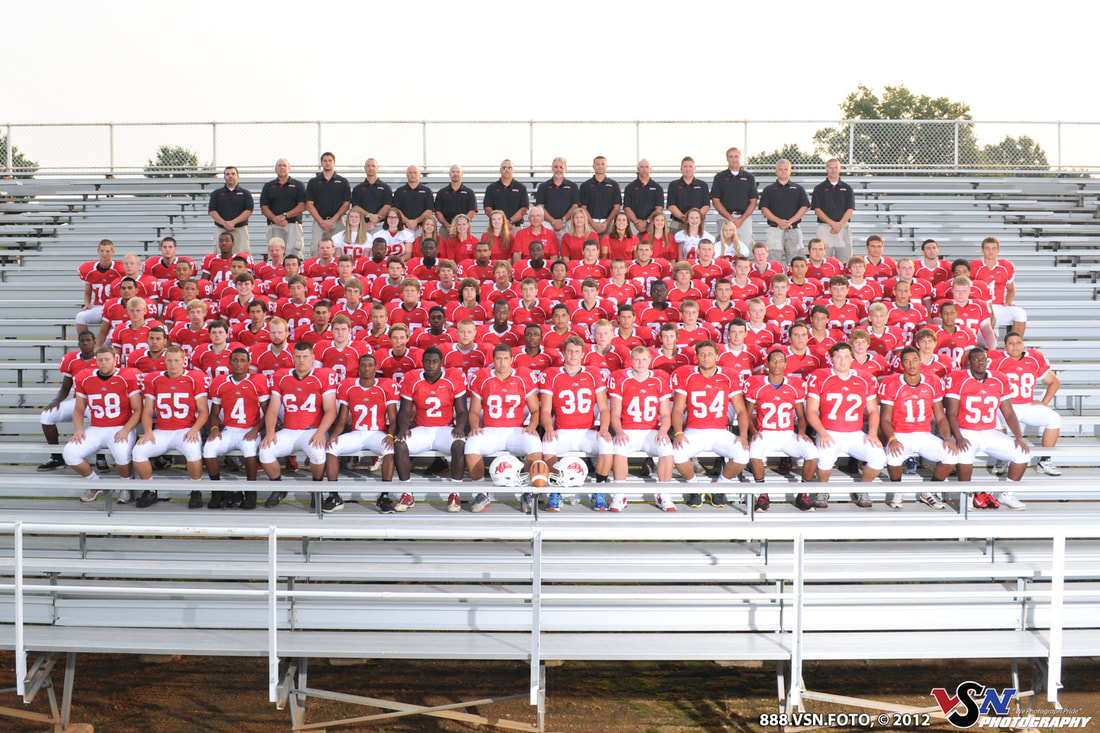 2012 team photo courtesy VSN Photography.
Without a doubt this is the team that I assume most expected to be #1. And I know some outright told me 2012 would be their #1. And I get it. Trust me, I do. I saw this team in person 14 times (I missed the season finale loss vs North Allegheny).  The defense was unmatched the entire decade, and is one of the best to ever play at Wilson, tied for 12th all-time in fewest points allowed per game & pitching five shutouts (2nd most all-time). (For those curious it's the 1979 team that is #1, allowing only 3.2 ppg & producing 6 shutouts). The offense was a tad too inconsistent, especially to start the year, and shuffling QBs didn't allow the team to develop a true identity until the midway point. Had junior Matt Timochenko started the entire season, maybe 2012 is my #1. We will never know. But offensive troubles against Harrisburg (a loss) and unnecessarily tight wins at Lancaster Catholic, Penn Manor, and Warwick (oh man, that Warwick game) have me down on them a bit. Plus, the regular season loss at Harrisburg was a big surprise and a bit shocking. Of course, the teamed exacted their revenge when it mattered most. If 2012 went undefeated in the regular season and didn't utilize the 'D' as such a crutch in some big games, then they'd be my #1.

The best defense of the decade, and one of only three teams since 2000 to surrender fewer than 10 points per game (joining 2002 & 2008), featured amazing talents all over the field. Junior Joseph & Matt Rothrock were the DEs and there was a healthy rotation of Yensi Uribe-Martinez, Justin Burk & Harry Destine at DT. Madison Miller & Darian Weidenhammer were the OLBs and Hunter Hatlee & Dominic Moyer were featured inside at LB. Moyer is one of my favorite players from the 2010s and was at times overshadowed in the papers and in discussions of great Wilson defenders. The defensive backfield saw Jimmy Brooks and Javon Young at CB with Jesse Poore at safety. Domenic Nigrelli, John Raifsnider, Tim Shields, Matt Close, Steve Emerson, and Madison Woodward also saw meaningful time on defense for that squad. The best overall group of defenders of the last decade, for sure. 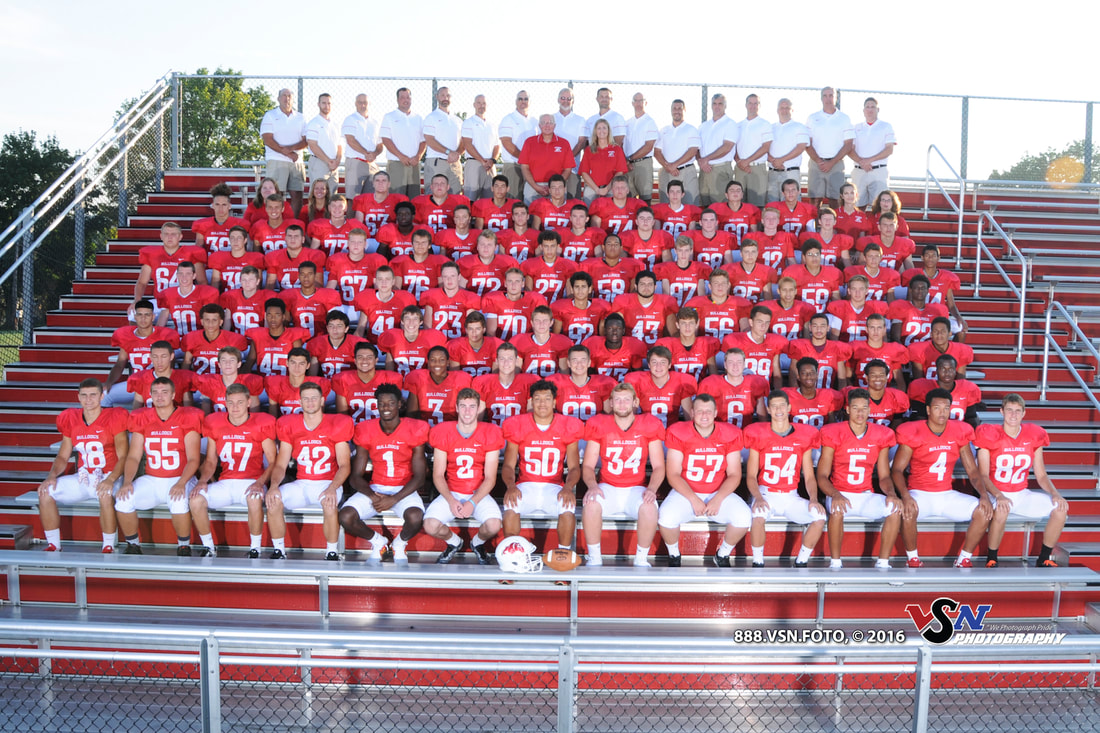 2016 team photo courtesy VSN Photography.
To be honest, the 2016 team is more like a 2B to me. I nearly had them as the #2 but gave the dominant defense from 2012 a slight edge over the stellar balance that 2016 showed. They finished the season at 12-2, suffering an early season loss at Central Dauphin, but won the LL1 title (9th in a row, and last of the run) and the first-ever 6A District 3 title. You may remember that game, and two others, from the decade's best. Yes, 2016 got a lot of publicity. (At least from me. That counts, right?) The squad averaged 194.4 yards rushing and 180.4 yards passing per game and their season total of 2,526 yards through the air is the most ever by one of Wilson's 32 championship teams. How'd they do that? Well with the 5th best QB in Wilson history (rating-wise), Connor Uhrig under center. Uhrig threw for 2,050 yards in 2016, which is 4th on the program's single-season list. He also missed a few games due to injury and the 1B QB, Grayson Kline, stepped in and up to lead the team's come-from-behind victory against Spring-Ford and the win at Conestoga Valley. Of course, the WR corp made things easy for Uhrig and Kline. Seniors Foday Jalloh, Mason McElroy, Justin Weller, and Brian Wright are arguably the best foursome Wilson's ever had on the field at the same time, and that's not even mentioning other receiving options such as senior TE Alex Twiford, sophomore TE Nick Johnson, and senior RB Tommy O'Brien & junior RB Iggy Reynoso. Making sure Uhrig had time to throw and O'Brien & Reynoso had holes to rush through were senior OT Isaiah Reigel, senior OG Franz Borden, senior OC Jake Morris, junior OG Chris Price, and junior OT Wyatt Schannauer, with an occasional appearance by freshman OL Nate Keller. The team, much like 2014, always showed incredible grit and determination. An amazingly resilient performance in game 2 vs Spring-Ford, a stressful victory in Lititz to open league play, the clutch last second win in the rain against Manheim Township, and finally the second half surge against Cumberland Valley to get that D3 trophy. 2016 made up for a disheartening end to the 2015 season, and I know the 2016 seniors feel a sense of accomplishment because of it. And they should; they earned it. 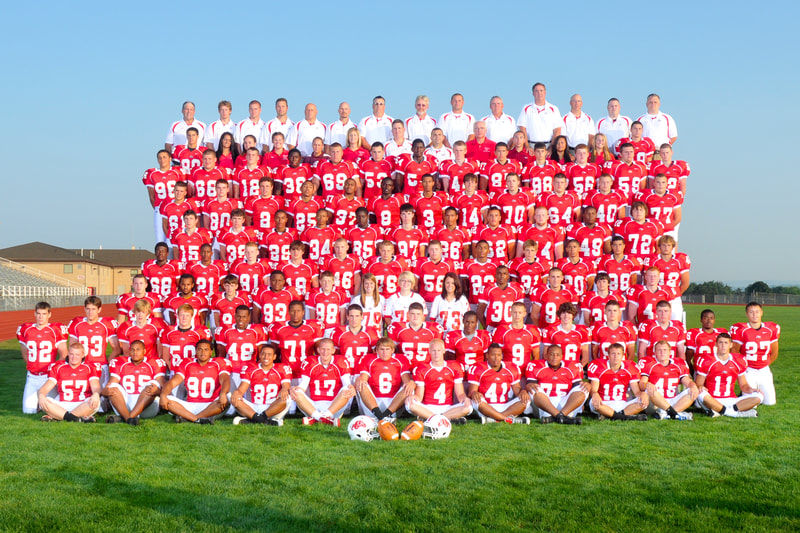 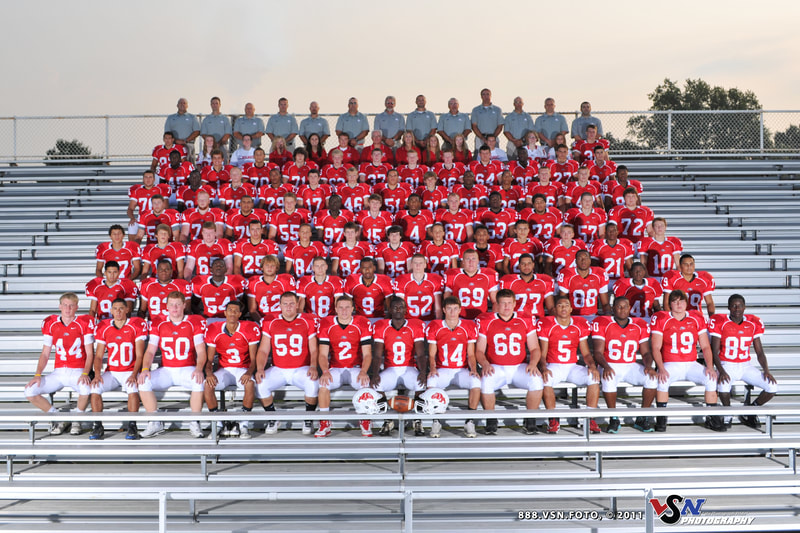 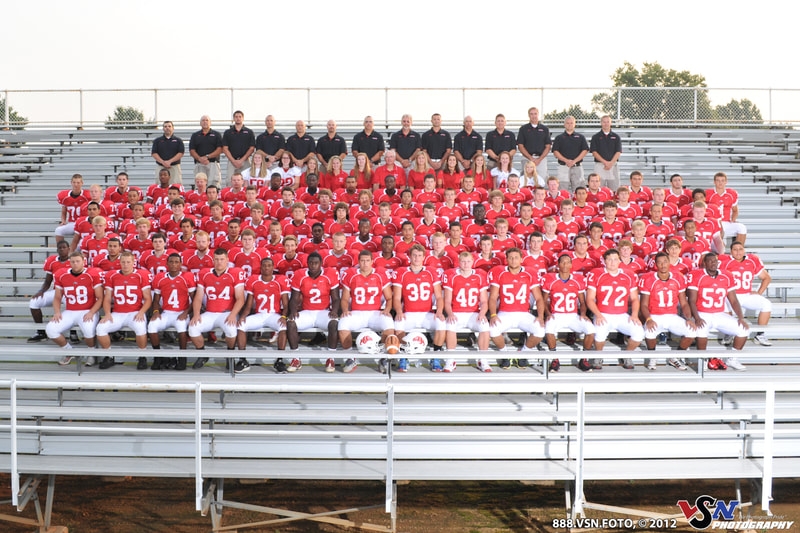 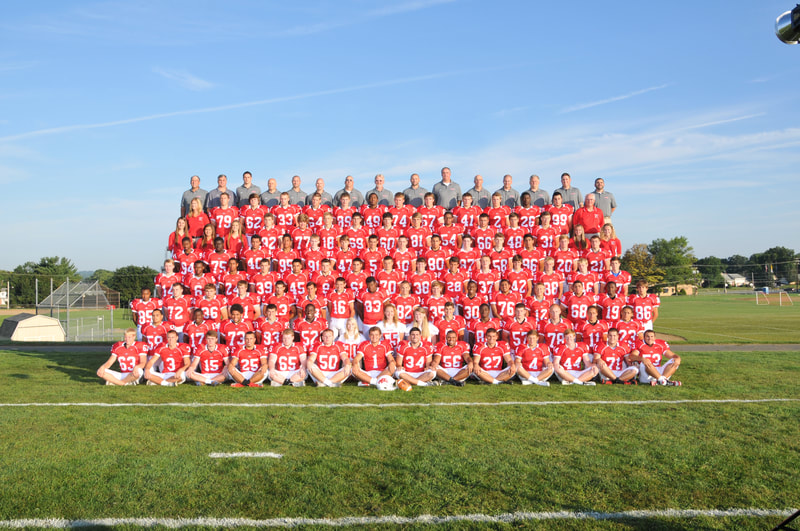 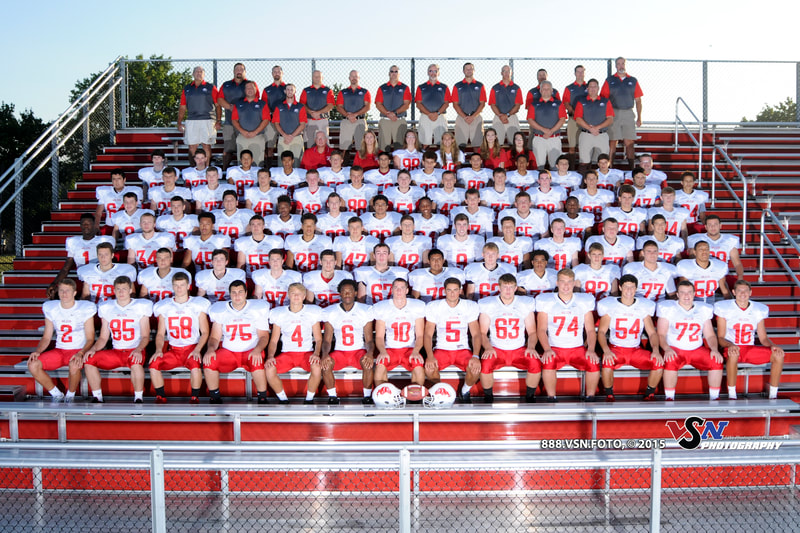 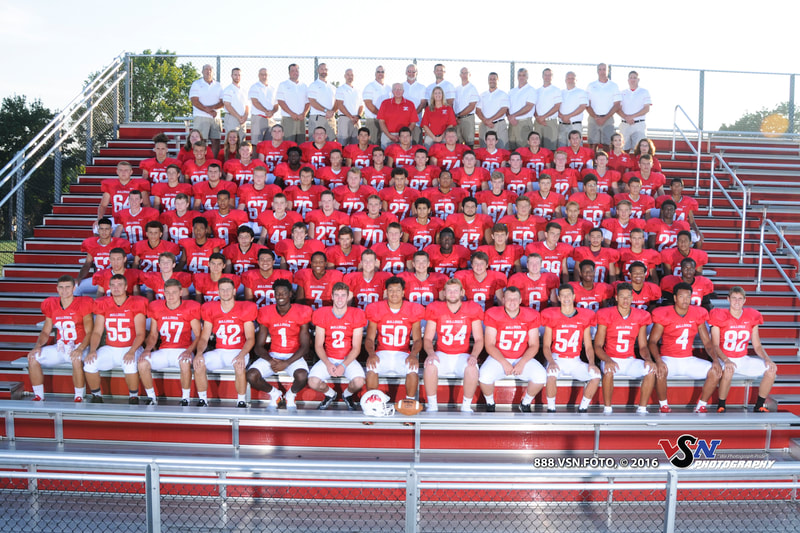 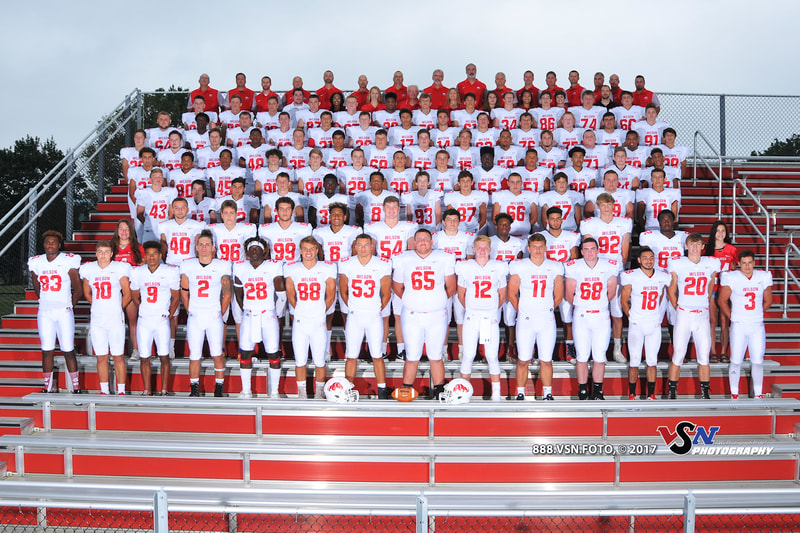 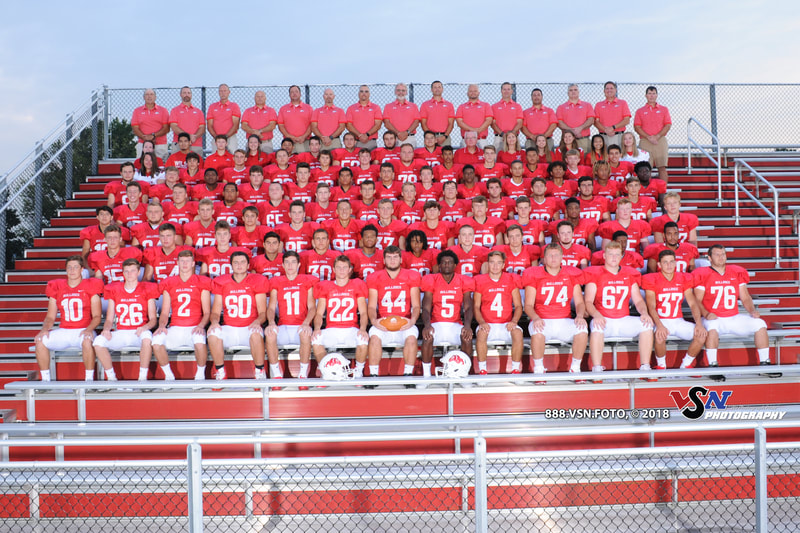 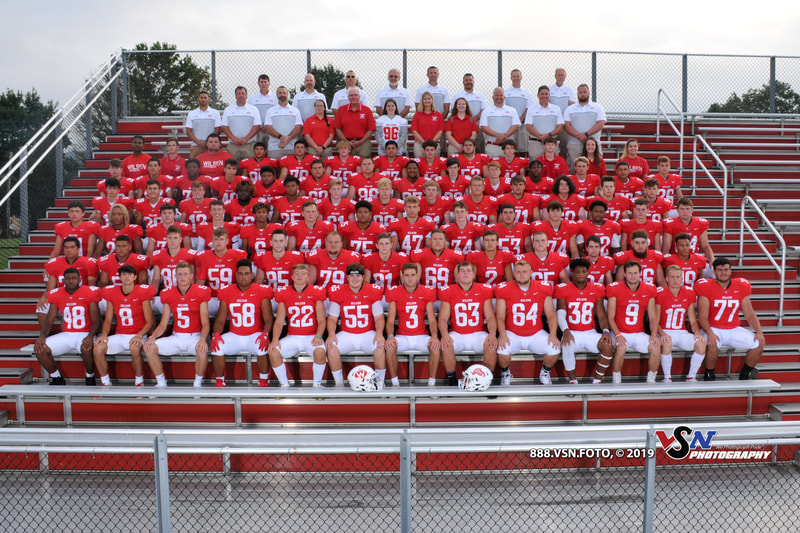